Farewell Turbo Training... and thanks for the suffering 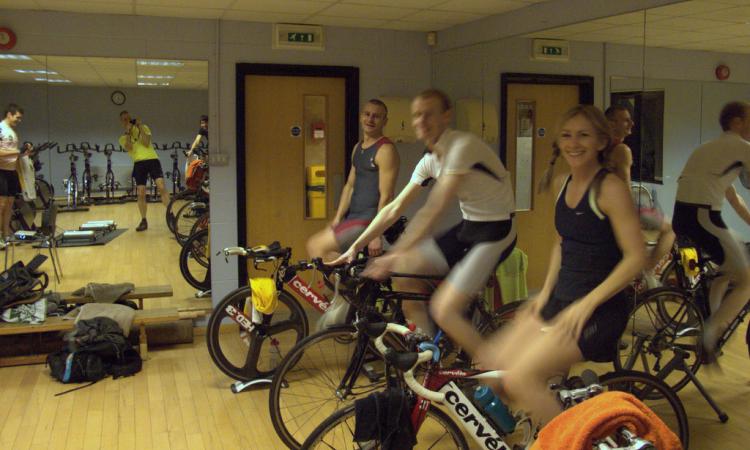 Yes, another Sufferfest. The video and heavy music approach to Turbo Training has added a dimension of... well not quite fun but definitely distraction to this year's sessions. Descending Spiral starts after a 10 minute warm up goading you through 2mins all-out followed by 2mins recovery. Then 1:45 all-out and 1:45 recovery, all the way down through eight intervals to 15 seconds when your eardrums feel like they're going to burst.. then recover and do it all over again.

Chapeau tonight to Kevin and Kim who have attended pretty much every session this year - look for the rewards in those duathlon and tri results later. Plus Maurice, Rupert, myself and Barry D who was still too modest to tell us how he bunnyhopped over two (or was it ten) prone racers who hit the deck during his recent race.

Thanks most of all to Rupert who lugged laptop, sub-woofer and projector to the YMCA week after week. If you missed out, we'll be starting again in November or December.