Down at Dorney Lake 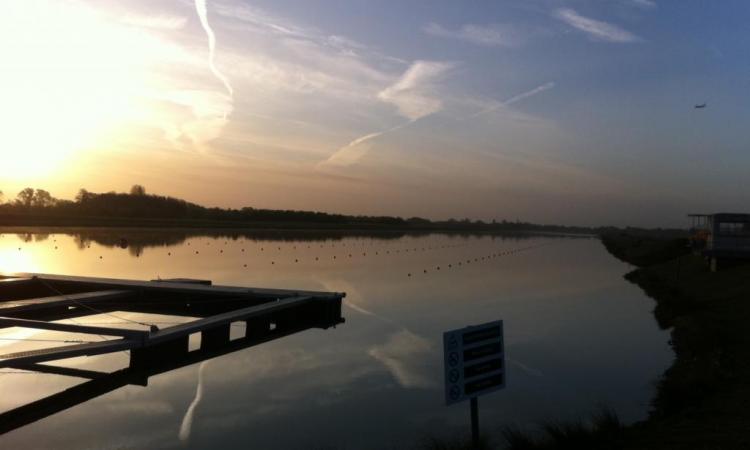 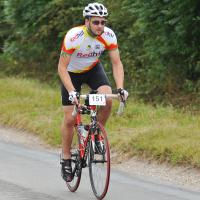 A new event for 2011 run by F3 events with sponsorship from Maxifuel and ProVO2. A Choice of two route options around the Berkshire and Buckinghamshire countryside starting and finishing at Dorney Rowing Lake.

I started at 07:30 with a group of 20 other riders, my legs were feeling like lead weights, I don’t know if I pushed it a little hard on a ‘light ride’ the day before, or my legs were still recovering from the 94mile sportive last week, I just hoped that they would ease off as the ride progressed.

I decided to cross the start line at the back of the group so that I could pick out who I was going to ride with or chase. Straight away three riders were out in front and going strong. At this time we were cycling alongside Dorney Lake, which will be used for the rowing events during the Olympic games, a flat section of road heading in a straight line for approximately a mile then bending round and heading out onto the public roads.

Due to holding back at the start, the three riders had already got a quarter mile advantage over me and this proved tough to close down. It took six or seven miles to close these three, once I had and was about twenty metres behind I saw their pace increasing and decreasing a lot, due to this I decided not to cycle with them as I didn’t want to tire my legs too much.

After about twenty miles one of these riders "Mark Yeoman" a Great British triathlete missed a turning and the group waited for him, this then meant I caught up and I was then cycling with the group

After 30miles our small group split, two going on the 180km route, myself and Mark doing the 90km. A very harsh hill then faced us, a 460ft climb. The hill appeared similar to Box hill, a little steeper, but not quite as long. My chain yet again let me down, I managed to recover it, but meant that I was in the big ring at the front and I wasn’t going to risk changing down. My Aunt & Uncle were here to offer some support and take some pics, this encouragement made the pain in my legs diminish briefly, but it soon reared its ugly head.

Mark went off, while I started to suffer, but I recalled the Time Trial report that Maurice had put up saying not to give up however bad you feel, wise advice and I dug in a little more. Before I knew it I had caught up with Mark, I was alongside him until the end of the ride, taking turns to take the front so that we could each rest our legs. We pulled into the Dorney lakes grounds and onto the final flat two miles of the course, down on the aero bars I went and was the first person back, followed instantly by Mark.

This was a very hilly route, not many opportunities to get down on the TT bars, an average of about 40ft of climbing per mile.

Shown as 3rd place on the provisional results, but somehow Mark Yeoman’s time has been adjusted to be quicker than mine, although he started before me and finished after me (matter of seconds in all) but this has pushed me down to 4th, just hope this gets rectified.