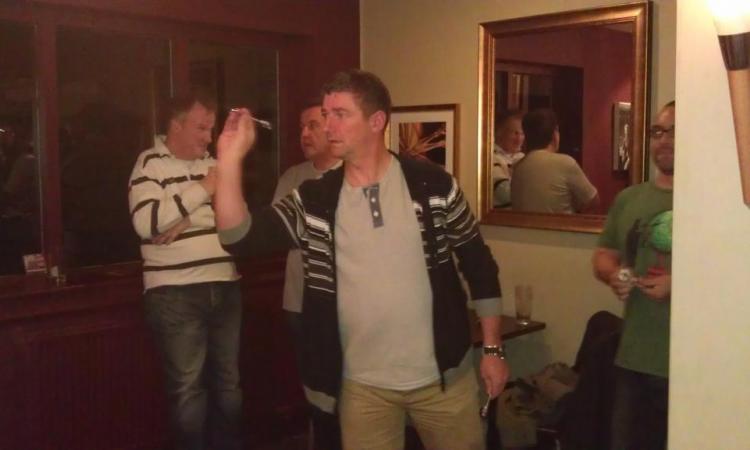 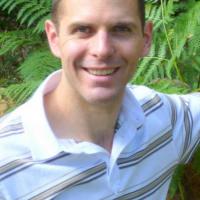 RCC has now joined the ranks of Addiscombe CC, Bec CC and Norwood Paragon CC by entering a team into the South London Cyclists Darts League!  Tuesday night was the team's debut with an away fixture against the East Surrey Road Club at their home pub in Sutton.

East Surrey RC didn't know what to expect against this new team...none of the RCC players had any darts playing history or reputation and were learning the game as we went along.  Also, whilst the East Surrey RC team members were each removing their own sets of darts from smart looking pouches, we just had one set of darts in my jacket pocket!

First up were the singles games of 301 where each RCC team member took on an opposing team member.  First game was team captain Rupert "TT" Burbidge against the East Surrey RC captain, Phil Headen.  Determined to make the first game count and get RCC in the lead I somehow managed to nail a double to get out and win the game (it looked like I had some skill for a moment!).

Phil "Bluebell" Jemmison was next up against Rich (from Finches bike shop in Reigate) and put in a convincing performance also to nail a double looking quite skillful to take us 2-0 up!

Ian "Laughing Boy" Taylor took on John and took us to a lead of 3-0!  We could not believe how well we were doing!

Brian "Team" Costello took on Ross but lost out after both competitors spent a while trying to get the double necessary to get out.  3-1.

At this point we brought out Nick "Lunch Box" Curran, our secret weapon, to take on their remaining competitor, Keith.  Nick played some amazingly varied shots that kept both Keith and the scorekeeper on their toes but lost out bringing the score to 3-2 in Team RCC's favour.

The next stage was to split each team in two and for each group to play an opposing group in a game of 501.  Rupert, Phil and Ian played valliantly but the East Surrey guys were getting their eye in by now and managed to win that game.  3-3.

Next up, it was Brian and Nick to take on the other two East Surrey members who managed to score well and get to the "double to get out" stage quite well in advance.  However, Brian and Nick played on and caught up with some wild playing action that was quite a spectacle!  Nick scored one of the highest scores of the night with some amazing shots.  For extra encouragement, Ian offered Nick his car including Mark Vincent's roof bars if he could hit a double.  Ian managed to keep his car with the odds in his favour!  Brian played a great shot on a double to get out and win the game!  Redhill 4-3.

Last of all, it was a game of 1001 including all the team members from both sides.  East Surrey had clearly got their eye in now and managed to win the game quite convincingly to bring it to 4-4.

So the overall score was a draw - not bad for 5 non-dartists!

It was a very fun night and there are 15 more matches throughout the winter that we are entered into - 8 away and 7 home at The Hatch.

All matches are in the RCC calendar and if you would like to play (no previous darting experience necessary!) then let Rupert know to include you when it fits in with you.  Matches tend to start around 9pm so there is plenty of time to get to the pub after work.

Next fixture is in a couple of weeks when we take on Bec CC in another away match!