Best of the Surrey Hills 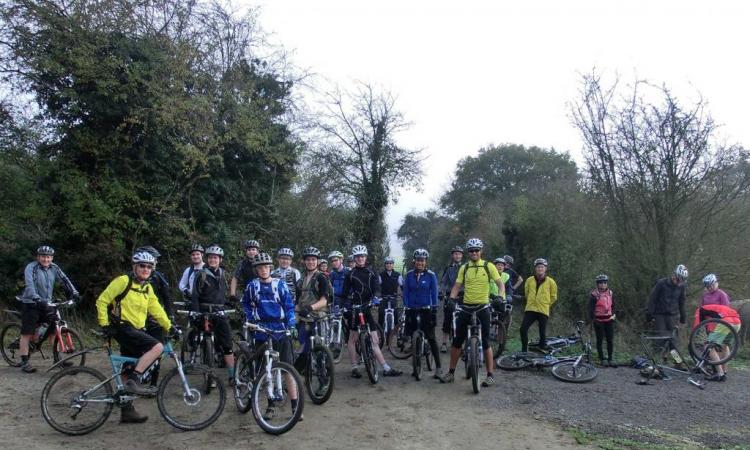 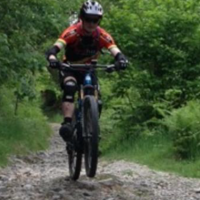 The RCC invasion began at 09:30 from Rykas. In not-so-good form thanks to a nasty head cold, I decided there would be no fun until later in the ride so immediately put the MTB troops through their paces with a steady climb up Juniper Hill.

A disappointing level of puffing, panting and moaning was evident which was only briefly relieved with a descent down White Hill but duly followed by a slippery climb up to High Ashurst and another steady climb through Headley Heath to reach Headley Common Road. From there we enjoyed a mix of easy and fast trails along the southern edge of Sandhill Wood descending towards Langley Vale - where the puncture monster struck, leaving James with two flat tyres.

Another good mix of easy climbs and enjoyable descents followed as we made our way towards Bocketts via Leatherhead Downs for a much needed tea stop.

It was there that Dave R decreed that I was a leader of men. So lead them I did through Bookham Wood (where we got slightly lost but I don't think anyone noticed) to our final battle of the day - the seemingly never ending climb up Ranmore Common where at the top the puncture monster struck once again, this time leaving Jack with two punctures.

A final and fast descent down through Denbies finished off our 18.6 miles ride. A group of our size (and at times, speed) was a formidable sight for horse riders and walkers out enjoying the trails - exemplary conduct was shown at all times by all RCC riders and duly acknowledged with words of appreciation by the third-parties concerned. Well done everyone...

Good to see a mix of newer faces (Simon and Alex) amongst the familiar ones.

Thanks to Jack, Mat and others unnamed who helped to back / mid-mark the trails along the way. I couldn't have done it without you. A near-perfect finish with the sun high in the sky and the temperature nudging 15C.

Unfortunately the puncture monster took a lift home with me - two flat tyres when I unloaded my bike from the car!! I won't bring him next time.