G-zeros light up the sun-warmed lanes 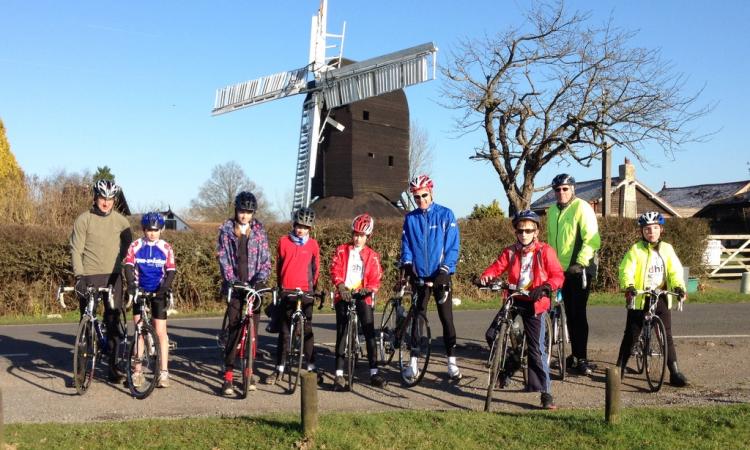 It was a beautiful morning at the Aerodrome. A huge number of riders for such a crisp morning. Everyone gathered in the cafe until 10.30am drinking mugs of tea (and the occasional breakfast) when the warmth of the winter sun was clearly lifting surface temperatures in exposed areas.

The G-zeros, ably assisted by parents, headed down Mason's Bridge Road, Picketts Lane then along Hathersham Lane over the M23 and right to benefit from the sun on the lanes... The destination: the Horne TT course. Previously the Daveys and young master Sales have shown particular talent on the early and late season loop. Today was no different. The slower bunch set off with a 2 minute headstart but were overhauled before we were off Bones Lane. The well drilled peloton spearheaded by Nick D shot past and got back to the Golf Club in just over 9 minutes. On a spring evening if that was sustained it would translate into a 27 minute time. Wow!

The impressive outing didn't end there... hungry for some hills, the whole pack then swarmed up Hornecourt Hill before heading back to the Aerodrome.

A wonderful morning that confirms some of the up and coming young talent at the club!