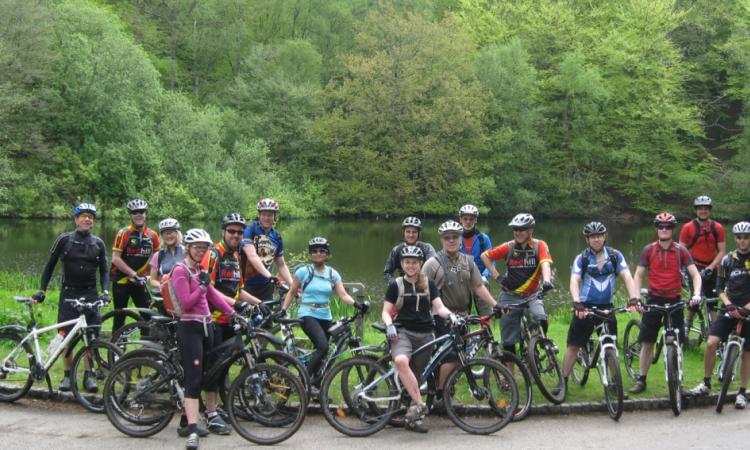 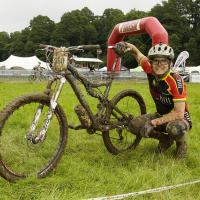 With a modest mileage by current club ride standards, it was surprising how many new trails we managed to ride this Saturday morning!

After an easy climb to the top of Ranmore, through the vineyard, the humid conditions forced a removal of jackets for what was set to be a warm ride.

A short sprint along the top road, before a steep wet chalky decent and the smell of burning brakes took us eventually to the A25 where we crossed and climbed to Friday Street. It was here that we lost 2 fast riders, sprinting ahead, they missed the turn to Abinger and found their way to Leith Hill tower in double quick time. Unfortunately we weren’t going that way, and that was the last we saw of them.

Single track and sandy trails took us to Peaslake for tea, where we met Mike T who was sporting the very latest in sunglasses, proving its worth popping into Poundland now and then for a bargain.

North of Peaslake another new track was discovered, it lead straight to Gomshall, John had a massive front tyre blowout here and we left him to ride home.

Fran had a puncture at the foot of the North Downs, which gave us another breather before the steep climb up to Netley Heath. One last single track descent back to Rykas was the final test, which we all enjoyed and finished off a fantastic day.