The World is Spinning 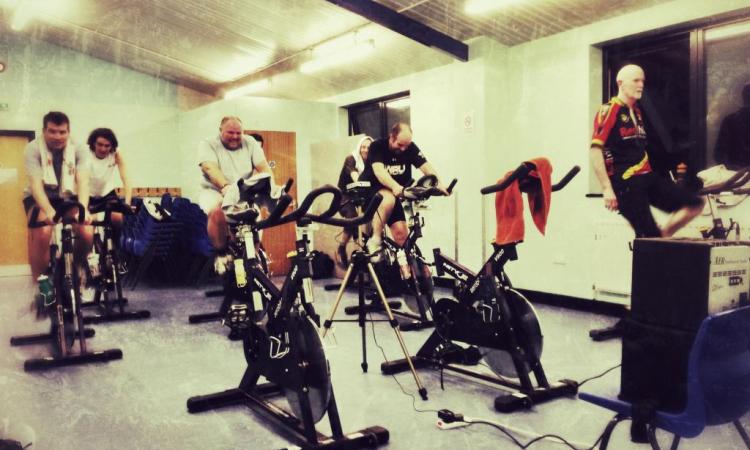 ...not a turbo in sight. The lifts at the YMCA were pushed to the max as they hauled eight weighty and excruciatingly saddled spin bikes up to our room. No matter... Downward spiral was enough to give a few suppers an outside chance of making a re-appearance. We had some of the season'sregulars - Mike, Matt, Kevin... plus Neil, Andrew and Dave for the first time.

Eight is the maximum number of bikes the staff can bring up and all are booked for next week's session so you WILL have to bring a turbo if you're not a regular or booked for one already.