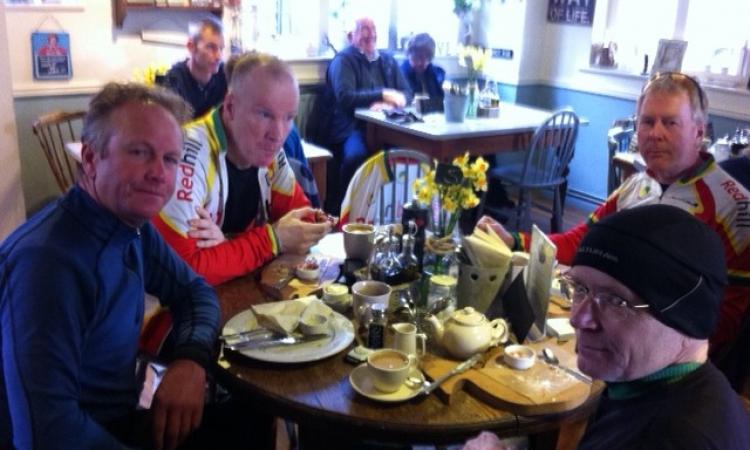 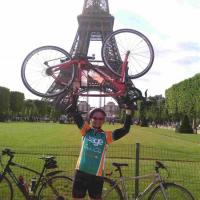 The sun shone down on the righteous as we six headed out for the first of three respectable drags via the Badger Hill leg warmer at Polesden.

The altitude got to Robert’s rear tyre in Coldharbour Village – no pressure Rob, it’s only flat at the bottom.

Tea and fuel were taken aboard at the Dabbling Duck, Shere (36 miles) after a few more testers, notably the Hoe Lane spikes out of Sutton Abinger (not well received after our leader’s promise at Coldharbour of  “all downhill now to the tea stop at Shere” see picture: go on Nick, another currant bun can hardly harm you now.
The Dabbling Duck? Cheerful, efficient, reasonably-priced and predictably busy in this popular village on the first Sunny weekend day of 2014.

A really enjoyable day out in well-deserved bright sunshine. Thanks to Andy Nick, Richard, Robert and Walter for their excellent company and encouragement. 61m, 3.9k ft, 13.6 mph (me), others quicker.