So where were you? 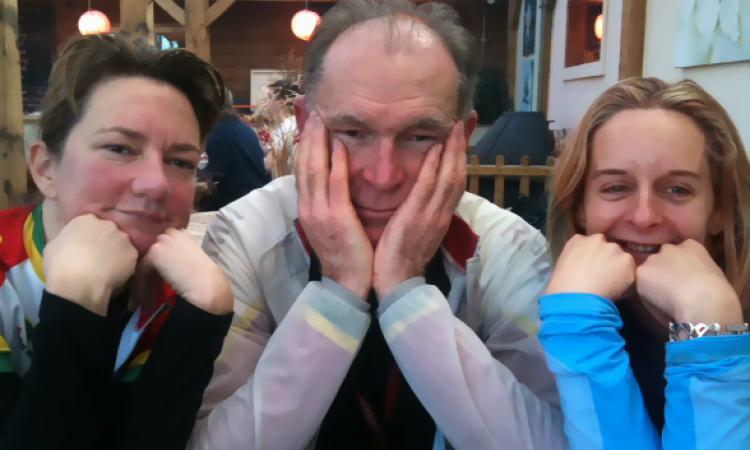 As you can see we were definitely (!) missing you.

Disappointingly, after a carefully planned delayed start which had allowed the sun to begin working its magic, there were just four of us up for a shortish G2 ride.

G2 “never mind the weather” stalwarts Heidi and Michelle, my co-planner Frank and I headed out on the open roads, prudently avoiding the dank and shady lanes and declines on our way to Rusper and Tanhouse for eggs, bacon and cake (between us not just for Heidi!).

After a  flattish 30 something miles, by the time we got back to the ‘Drome it was a positively toasty 5 deg.!

A “base training” ride? Maybe, but for what? Who knows? No, just a nice spin in the beautiful winter sunshine.

Aaaand, four’s still company and the nicest you could hope for.

So you see, maybe the report title should have been “Better late than never”!