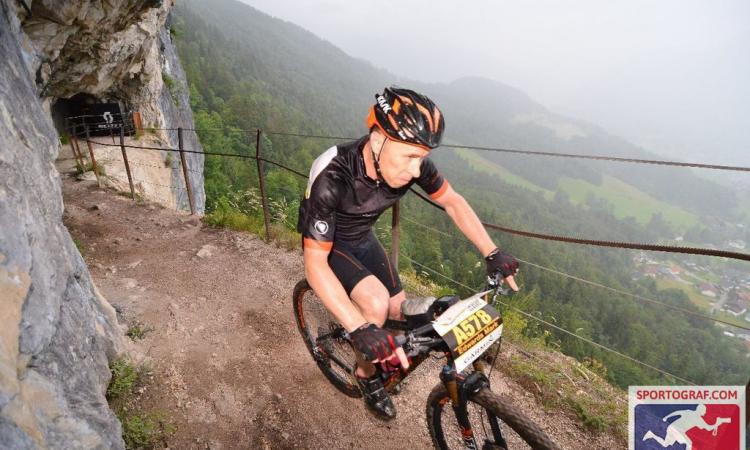 On the miners trail 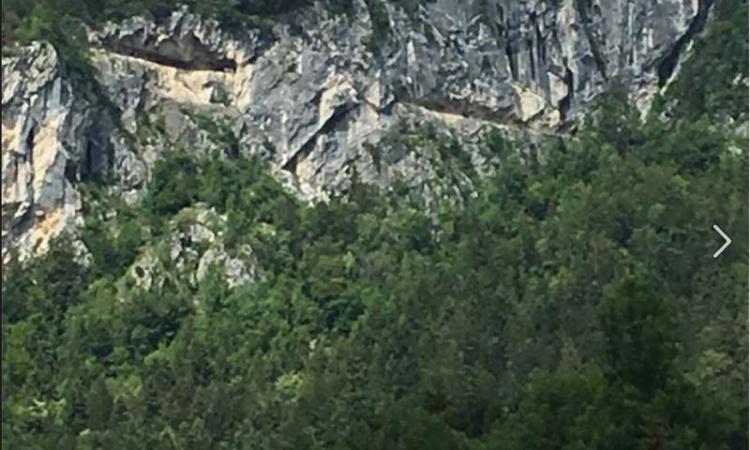 The race is famous for riding the miners trail cut into the rock, we had to do it twice 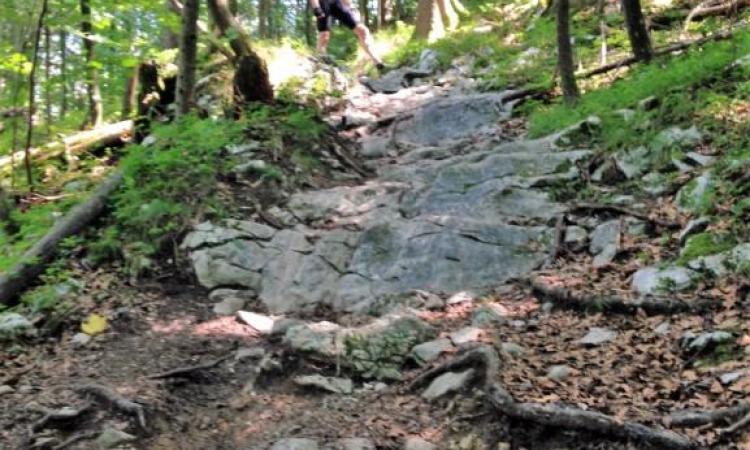 One the technical downhill sections 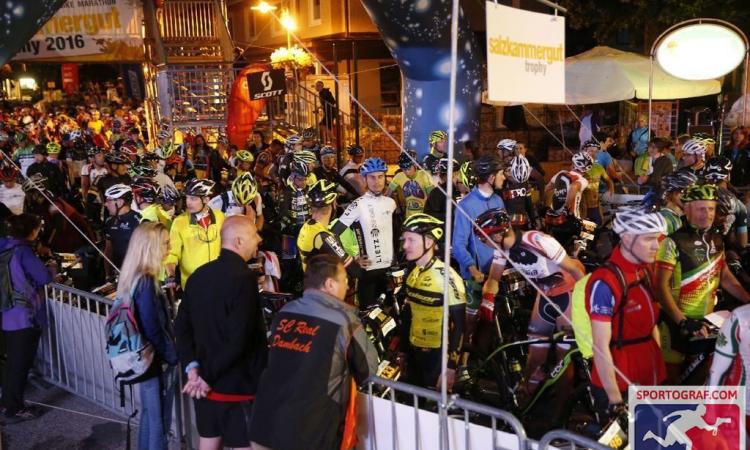 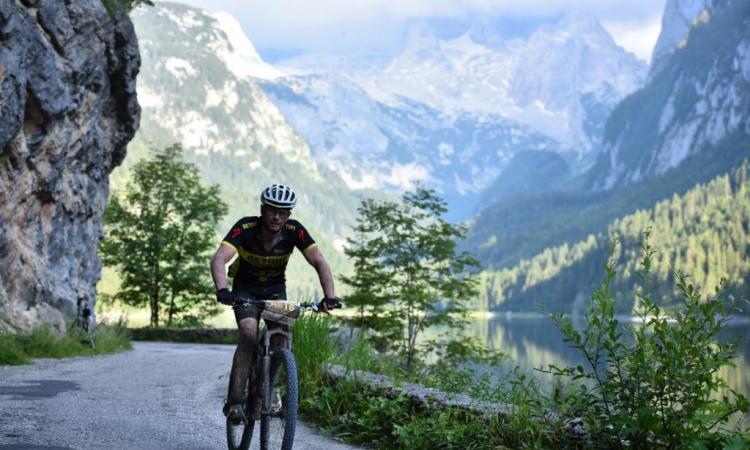 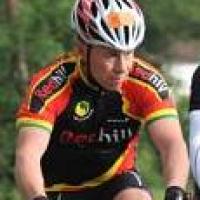 This year saw us continue our yearly Alpine adventures and tackle one of the most difficult marathon mountain bike races in the world.

The Salzkammergut Trophy had foiled us both last year and not through any technical failing; it was just damn hard - 132 miles of mountainous terrain, 23150ft of climbing and a 16 hour cut-off. To put the effort in perspective Julian had ridden the South Downs Double last summer but still missed the half way time cut by 20 minutes. I had ridden South Downs in under 9 hours and got closer, making it to within 12 miles of the finish before the race was stopped due to bad weather but I was still 10 minutes behind the final cut-off, so this year we knew what to expect.

We started our training in February a month earlier than before and again spent most of the time on the South Downs. From 40 mile rides we built up to 70-80 mile rides with no breaks closer to the event. Midweek I focused on threshold and VO2max intervals on the trainer following a TrainerRoad programme whilst Julian hit the trails around Peaslake. Come the event we both felt better prepared than last year.

The race is one of the biggest mountain bike events in Europe, 5000 riders with events over 3 days with everything from mtb e-bike racing to unicycle downhill and the atmosphere is excellent. The Extreme distance race is the toughest event during the 3 days and has a 40-50% drop out rate, this year close to 900 nutters riders were prepared to tackle it. The day before the race we had checked the weather forecast for the day, dry and not too hot, perfect conditions. It has been over 30C last year and we had struggled.  We chose our tyres and triple checked everything on the bikes.

We awoke at 3.45am for the mad final pre-race prep and breakfast aiming to get down to the start line at around 4.30am.  Julian took a look a window and we both couldn’t believe it, it was pissing down! Luckily we had both chosen Rocket Rons on the front which is a good all round tire but on the back Julian had gone for a Thunderburt and I had gone with a RaceKing, both not suited to wet muddy conditions but no time to change them now.

We set off at 5am with it barely light, we had decided to do our own thing so it would night time before I saw Julian again. The first hour or two of the race is pretty manic, hundreds of riders nose to tail climbing steeps tracks, if one person stops its mayhem, the slippery conditions didn’t help. It continued to rain on and off for the next 6 hours. We both managed to ride most of the descents even in the wet whilst others were walking taking no chances. On one of the descents Julian snapped his tubeless valve, he has no idea how. After finally getting the valve out it was in with a tube and off again, he lost about 15 mins.

I now approached the half way point and asked someone how I was for time and he said 10 minutes inside, O No! that was the same as last year, so I put my head down to try and make up some time as I knew I would need it on the next couple of climbs. This part around the stunning Hallstatt Lake is only flat bit of the race, it’s about 10 miles on tarmac and hard packed trails so you can make up some time but it can be windy. I was on my own as I came out onto the road but I see some other riders a few hundred meters ahead, I got into my mtb time trial position and ramped up the effort, my heart rate was way up  but I knew if I got onto the back of them I could draft the rest. After about 5 mins I caught them up and we maintained 20mph+ for the rest of it, I stayed at the back recovering as I knew what was coming up next.

The Salzberg climb is the killer part of the race, it averages 20% for over a mile rising to 36% at the top; it’s barely possible to walk let alone ride. Once down the other side, it was the penultimate checkpoint, I checked my time and I was 1hr 20 mins inside the cut-off, now I knew barring a mechanical failure I had done it. The time I had been giving previously must have been an hour out!  I pushed on but my hamstring was now cramping up and I had to stop several times to stretch it out. I eventually crossed the finish line in 14hrs 50 mins, my only goal had been to get inside 16 hrs and complete the race so I was happy. One good thing about this race is that they have a feed station at the finish and it stocks beer. I sat down with a couple of Radlers and some chocolate biscuits and after about 10 mins I started to feel normal again.

Julian later told me he had hit the halfway cut-off with 45mins to spare and pushing on he crossed the finish line in 15 hrs 51 mins. Our training had paid off, of the 12 brits to start the race only 6 had made it to the finish.