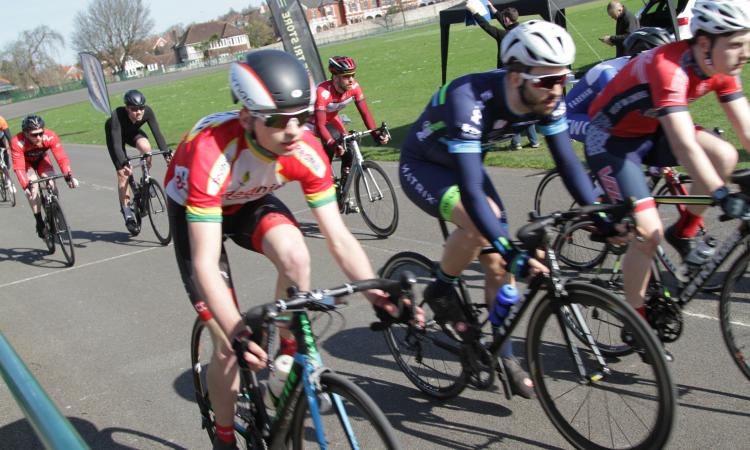 On a day that saw the number of Redhill riders double at Preston Park, thanks to the appearance of Leeson Medhurst in the 4th Cat race, our rising racing star Matthew Ferguson timed his attack perfectly once again to take fourth position and more points for himself and the club.

Using almost the same tactics as his previous outing at the beautifully situations velodrome near Brighton,  Matthew watched breakaways try and fail to stay away. All the while, he sat safely towards the back of the bunch saving energy.

He was also acutely aware that after his audacious solo break last time out, doing the same this time would see him marked by other riders. So, in the final three laps he simply moved seamlessly around the large bunch and unleashed his sprint just after the final corner.

The race was ferociously competitive with a very high average speed and a good showing from many clubs.  The same plea goes out... most clubs had two or three riders working together but Matthew had to plough his furrow alone. We know for sure that anyone from G5 or G6 could compete successfully at this level, so please guys and gals... give it a whirl.

With Leeson showing the way, surely others would like to try their hand? There are still a few spaces left (as at 29th March) for novice racers to give the next Preston Park 4th Cat race on 26th April. All you need is a silver British Cycling racing licence and to enter online and you're in.

Watch soon for more information about how we plan to make this a request you can't refuse!!!