Quick times as we past the half way mark 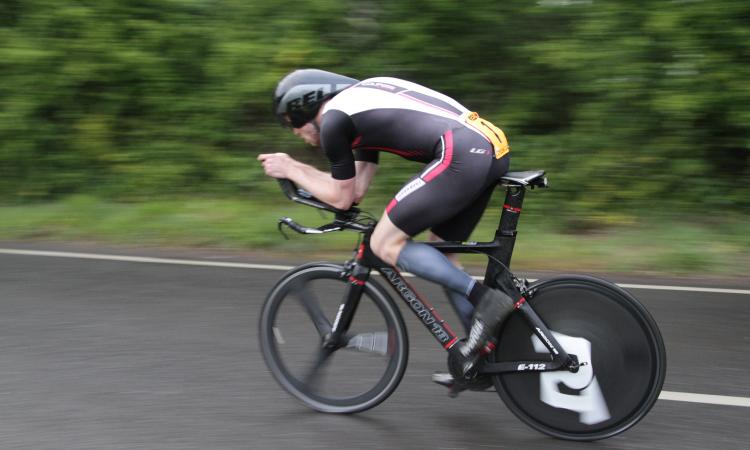 Nearly July and we are half way through the summer TT series and back at Horne for round nine. Conditions were good considering the torrential rain of the previous day. Air pressure was the lowest it had been on a Wednesday night since May 2016 and at 995mb there was the possibility of a few pb’s or certainly sb’s. A niggly little Northerly wind was the only thing that might hinder the riders and we had 19 including four women which was excellent to see.

The headline for the night was four riders powering in under the 20 minute mark with Keith Lea (Paceline) in a new even lower position on his bike, scorching around the course in 18:53. Matt Peel was still recovering from his 49:59 club ‘25’ record at the weekend and, understandably, a little off his best. That said, he still recorded an impressive 19:32 adding another 10 points to his scratch tally.

Chris Filewood (Oxted CC) took third on the night with a 19:40 whilst Matthew Ferguson (2nd on RCC scratch) continued his fine form only 18 seconds behind Matt P with a 19:50.

Kimbers and Gina Brown got things going for us with a 2 up effort going off first and they certainly looked like they’d been practicing. Smooth though and off for a very respectable 25:43. Welcome to TT’ing -  you’ll be hooked in no time!

It was good to see Simon Baldwin (3rd on RCC scratch) for the first time this year showing us he’s still training and fit as a butchers dog after stopping the clock at 21:12. Steve Bryant zoomed round in 21:35 and is knocking a hand full of seconds off each week. Ryan Harris did 21:57 and the 14 year old Ben Elliot took another 21 seconds off his PB (now 22:28) to win the handicap event on the night (+0:21) by just 1 second from the other junior on the night Alistair Canning (22:36).  After his fine ride at the Interclub TT we can expect great things in future from Alistair!

Well done all. See you all next week.

Standings at the half way point.