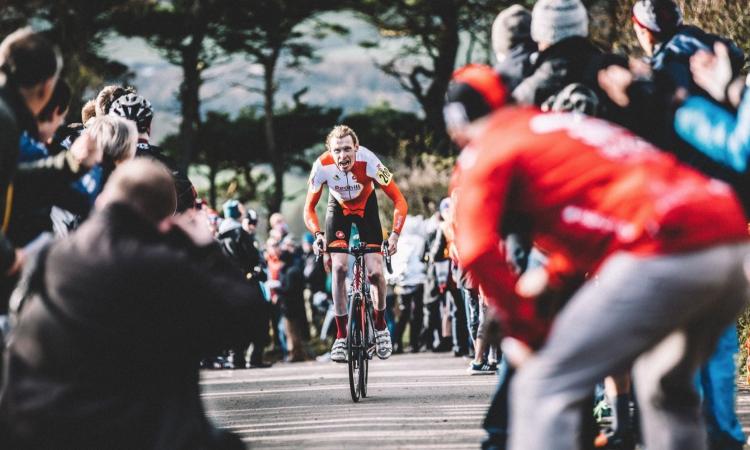 Redhill CC's Hill Climb Supremo, Chris Newberry has been working incredibly hard in 2017 with a focus on the National Hill Climb at Hedley Hill near Durham. Here is his story of his incredible journey...

So I came in to 2016 not great – injured due to running (I had been trying to get into triathlon). I saw a decent physio and began the road to recovery Feb/March ish. Strength continued and injury abated. Decided to get a threshold test to see where I stood against other cyclists. The tester was surprised when I said I didn’t compete as my power/weight numbers were good, he offered to coach me. I didn’t take him up on his offer at that time but I must say I got a bit of an ego boost and wondered if I could achieve something special in my 30th year. Decided I would give TT’s a go. I did one every 3 weeks or so (Mostly Norwood Paragon ones, I couldn’t make the Redhill ones as they are on a Wednesday) and did reasonably well all things considered. As the summer started I set my sights on the hill climb season ending with the National Championship. So I did a few non CTT HC’s (Waller lane, Epsom CC, Paceline RT/Norwood Paragon) and did well but not enough compared to the big names I had seen competing at National level. I didn’t really have a clue how to train properly I have always just turned up at club runs and had fun. It was then I remembered the coaches offer and took him up.

The coach from the outset said it would be difficult to get me fully up to scratch as we had started so late in the season (August) – so he basically said the aim was to push me as hard as possible and hope I didn’t break! Most of the training was wattbike based sprints until exhaustion and hill climb reps. I came close to breaking quite a few times – I would get cramp on the hill reps and have to stop or get varying niggles in my achilles and knees! Anyway I survived and competed in the hill climb season. It’s amazing how niche hill climbs actually are. I soon found that my niche within this already niche part of cycling was a 4 minute effort at 8% +. The events I did best on were closest to this (Susses CA 1st, East Sussex CA 3rd and Velopace 2nd). During the season I learnt 3 other important things, rekking the hill multiple times is absolutely key, turbo/wattbike sessions are a must for power progression (sadly – I hate turbos) and having a personalised warm up (this was tweaked multiple times and consisted of sprints/easy/threshold and more easy).

Anyway the Nationals came up much quicker than I expected and I drove all the way up to a very cold Durham – rekkid the hill 3 times ate copious amounts of pasta and slept. The organisers had specifically asked people not to warm up on the road next to the climb so I didn’t. Unfortunately the HQ was about 2 miles from the climb and it was 6 degrees. I am pretty lean so got freezing in my skin suit and had to hang around for 15 minutes at the bottom (my own fault, I was so nervous I did my warmup to early). I can’t say this helped my effort but I gave it my hardest and came 29th – my heart rate didn’t go above 172 – so there was room for improvement. Still I was seriously chuffed with this result and learned loads from the whole experience.

It’s nice being able to eat cake now, on to the next year!