Some people braved the elements. 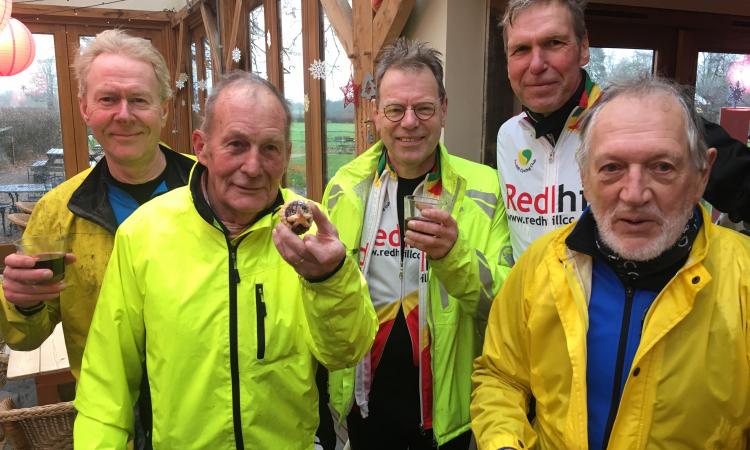 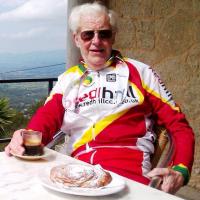 The weather forecast was for heavy rain and winds gusting up to 30 mph. Julie Day from Tanhouse Farm emailed me early in the morning asking if we wanted to cancel the mince pies and mulled wine. I replied that Redhill CC members were made of sterner stuff (some of them, at least) and I was confident that we would have good turn out. I then emailed Adrian to arrange a lift.

At 10 am, there was little wind and a light drizzle. What was all the fuss about. At Tanhouse, there were already two cyclists waiting for the pies and wine. A group of off-roaders turned up, rain wnd and musd are all part of a good outing for them  At about twelve, the heavens opened, the wind whipped up and very wet and cold cyclists started arriving  Under the steam, a righteous glow could be sensed - true to the old school, a spot of rain and wind was no excuse to stay off the bike.

There was a good turn out of members who had driven over. A total of 32  enjoyed the social occasion.