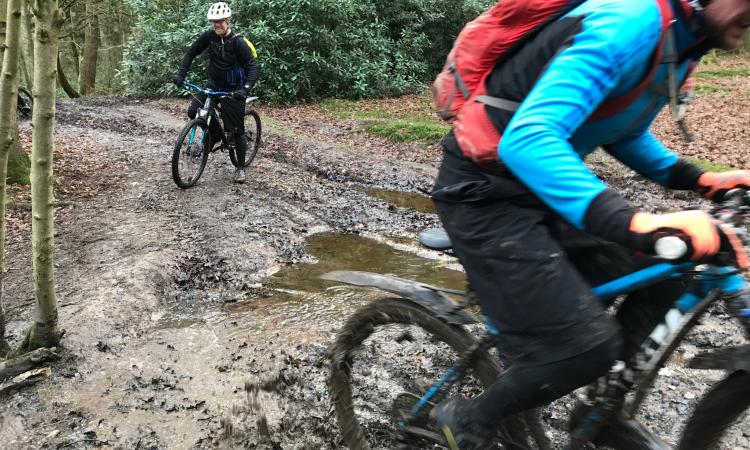 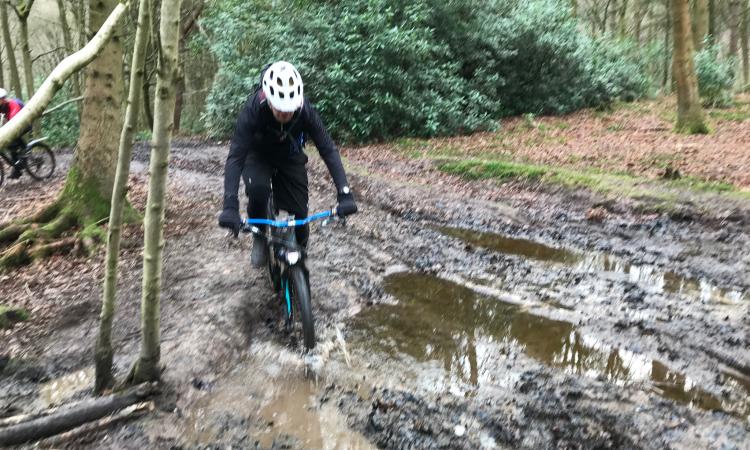 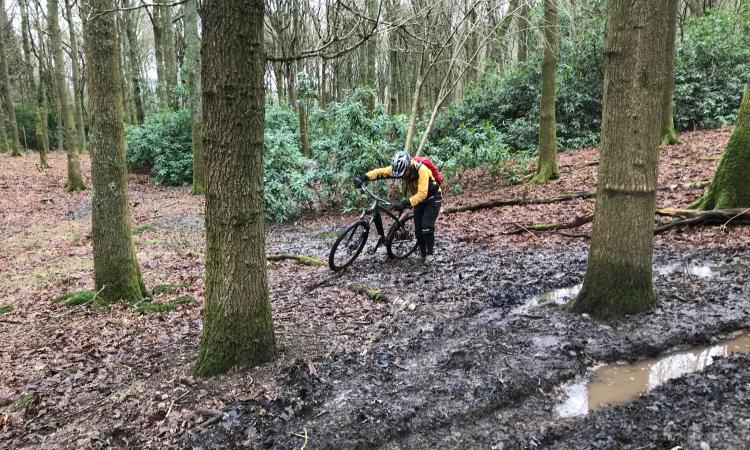 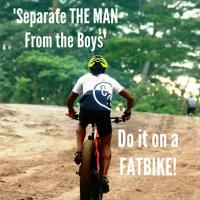 A winter mountain bike ride is not measured by the usual methods such as miles or amount of climbing, but by volume and quality of mud. Mud formed in areas of clay or chalk is thick, sticky and horrible to ride through. Sandy mud, on the other hand, is ruinously abrasive and can destroy a set of disk pads in one ride.

Julian, in planning the ride, was keen to steer away from the worst areas of mud by using trails in the well-drained area around Leith Hill. We started with an exploration of the singletrack trails in Redlands woods. These are steep hillsides and the rain drains away as long as you don't go to the bottom of the hill, which is very boggy. So we roamed around the excellent trails higher up, including Going Japanese, Loam on the Range and Uncle Monty. These were new tracks for several of the riders, including new member Andrew, who were surprised at the entertainment value offered by steep singletrack with wet slippery roots.

After the fun in Redlands, Julian led us across to Leith Hill. This is where the mud-avoidance plan went awry, requiring riders to negotiate a swamp where some helpful person has dropped a couple of old pallets to keep us out of the worst of the mud.

We followed this with the Summer Lightning Downhill piste, followed by a selection of the tracks on Abinger Common. One of Julian's favourites called Car Wash proved to have disappeared during Rhododendron-clearing activities by the National Trust Ranger. Shame.

The dry morning was looking less promising as we reached Leith Hill Tower for the tea stop, and the wind and drizzle arrived. Several riders made their excuses and left at this point, balanced only by the arrival of James (who had gone to the wrong car park and spent the morning roaming Leith Hill looking for us). We then took the top section of Summer Lightning and Waggledance to descend to the warmer and more beery attraction of the Plough in Coldharbour, to end a great ride.