Barry's Back and Matthew nears sub-20 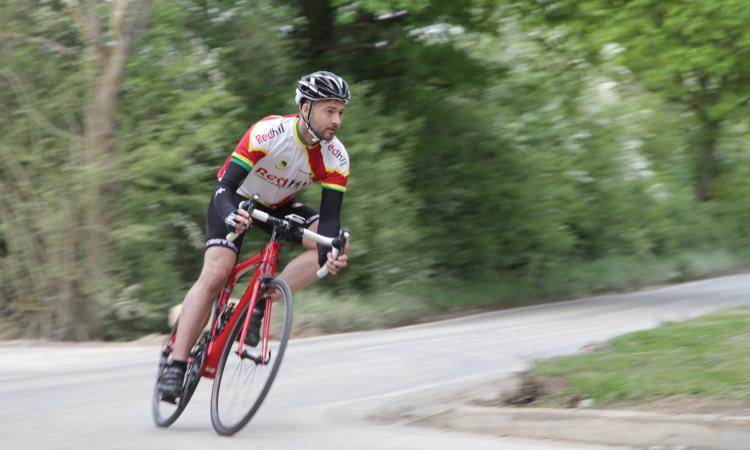 The second instalment of the 2018 RCC Summer Time Trial series down at Horne saw numbers back up to respectable levels with a total of 13 riders pinning numbers on for the three laps around Horne.  Among them it was great to see one of RCC's favourite 'old boys', Barry Gerhold who has been away for a few years doing ultra distance running.

On the night Barry was finding his form again after an injury but it was big guns Keith Lea of Paceline RT and our own race and TT ace, Matthew Ferguson, who recorded the pacesetting times. Keith - who holds the course record - was fastest on the night with a 19:23 while Matthew recorded a 20:07. This time has to be seen in the context of Matthew saying that he thought he would only go sub-20 by the second half of the series. I give it one more week on this form.

Meanwhile, 15 year old Ben Elliot is making incredible progress toward challenging Matthew (and Keith eventually no doubt). He put in a stonking 21:45 and I don't think anyone would bet against him recording a sub 21 time this season.

Finally, for Redhill was Stefan Massingham showing promise on a road bike with a 23:45.

It was great on the night to see mother and son Johanna and Lukas out doing what parents and kids should do... compete, ride together and smile. Young Lukas is just 12 yet he took it as seriously as Tony Martin might - a picture of concentration - and came away with a fantastic 26:07. If he carries on, expect a sub 25 by the end of the season.

Thank you to the other riders from Oxted, Norwoood Paragon and Tri Surrey for making it a great night and of course to Redhill's TT sec for signing on, timing and signing while Stuart Greig took most of the good pictures.  A picture of the full results below.

Link to gallery of photos taken on the night: https://adewebb.smugmug.com/Cycling/RCC-TT-08-05-18