Roadies Away Weekend in Wales

A Wet Weekend in Wales - but we didn't mind too much. 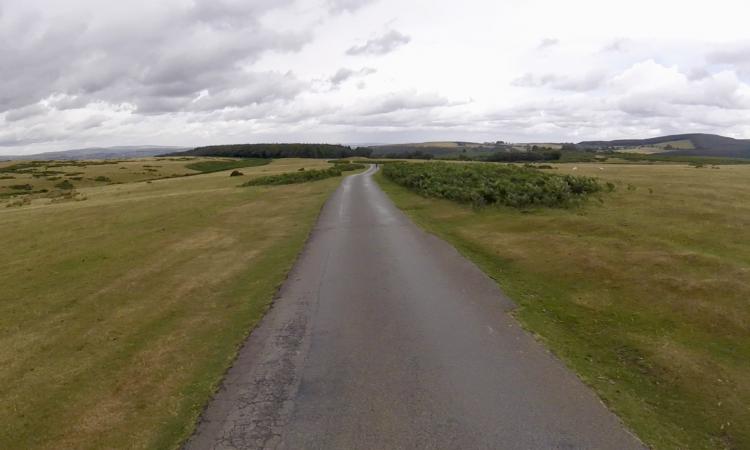 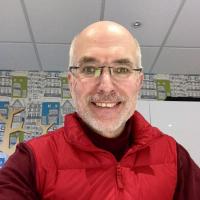 The club’s second weekend to the Brecon Beacons - well for the  roadies at least - was both a success and a disappointment. Let’s deal with the latter first. After two months of fine weather the gods decided to bring it to an end on this very weekend! So whilst we were able to ride on Saturday, albeit getting drenched at one point by a cloudburst that was frankly quite funny it was so heavy, we decided to end the trip on Sunday morning as the forecast was unpromising for the day. However, we all agreed that cycling in the Beacons was definitely worth the trip and we’d all love to come back again.  In fact we decided that perhaps the best thing to do in future was to pick a weekend when a) the weather forecast was good and b) accommodation was available in the Bunkhouse. The early morning trip down - we left at 6:00am - worked fine and if we went down changed we’d easily have been on the road by 9:30.  That means we can get a full day’s riding in followed by beers and supper at the New Inn opposite the Bunkhouse.

On paper we had 12 of us going down including three guest from Dorking CC but we were delighted to hear that the undominantable Bruce would be joining us too. However due to the rain that greeted us as we crossed the Prince of Wales Bridge only seven of us rode together though Janina and Jacquie decided later to brave the weather.

I’d planned a circular route taking us north up the valley to Hay-on-Wye where we’d begin the climb of Gospel Pass, the highest road pass in Wales at 1,800 feet. At over 5 miles in length it’s a decent climb by any standards and the elevational gain is 1,500 feet. The climb passes through welsh farming countryside and that was where we hit the steepest bits at around 15% but crossing the cattle grid brings you out onto the moorland and gentler slopes. By this stage though a full on headwind blowing at about 20mph. Nonetheless, it was beautiful and the views back across Herefordshire were frankly stunning. By the time we gathered at the top the rain was starting to fall and more was clearly on the way. Heading south we were aiming for Abergavenny about 15 miles away and the vast majority was downhill. But the narrowness of the road and slippery conditions meant this was a more tentative descent especially when we came to the cattlegrid. One really needs to align the bike so you can cross it at right angles which thankfully we all managed. We then plunged into a long tree tunnel that was by now very wet and full of puddles. We were all very impressed to meet a family of five, whose three sons aged 10 to 16 I think were on a touring holiday and had just climbed the pass ahead of us. It was great news to hear form ‘Dad’ that there was a pub half way down and at 1:00 we stopped for lunch and the chance to warm up a bit.

Our break got somewhat extended to enable us to find a break in the weather but as soon as we departed the rain felled even harder. By now we decided to cut out the stop in Abergavenny and head west along another valley road directly to Crickhowell. I guess it was with a sense of ‘there by the grace of God’ that we passed several camping sites huddled under the trees knowing that at least we’d be getting into a warm shower at the end of the trip.  Dan (DCC) picked up a puncture a mile or two outside the town and managed to mend it before we drenched in the cloudburst. We rode out most of it sheltering in a passage way watching the flood of water crashing down the hill bringing all manner of derbies down too.

By now any thoughts that we might continue the ride by taking in my favourite descent (preceded of course by another 3 mile climb) was mutually canned and Stuart B led a charge for home along the A40 to Bwlch.

As I might have commented last year, the main roads in Wales are in excellent condition, especially the A40, and the drivers are incredibly respectful of cyclists. Perhaps it helped that at that very moment G was securing the T de F crown for the Principality! It also goes without saying that the roads are quiet and the B roads were great to follow as they provided safe fast passage, especially with the tailwind we enjoyed in the morning sunshine.

Thereafter suffice it to say that our evening in the New Inn, where Neil the landlord had managed to squeeze us in for a late booking was most enjoyable. What can be wrong with a friendly local pub that offers great food, beer and wine, served up with a bill that would be half of what you’d pay in Surrey? And of course the company was great too!

Unfortunately the morning didn’t bring any relief on the weather front and so after breakfasting at the excellent Walnut Tree cafe down the road we decided to cut the trip short. And of course the weather back there was even worse.  Mind you Bruce did decide to stay on for the day and the last we saw of him was disappearing off into the cloud laden hills. But what else would you expect from him?

We will be back of course, third time lucky I hope.

Thanks to everyone for making the effort and despite the weather we really did have a great time.