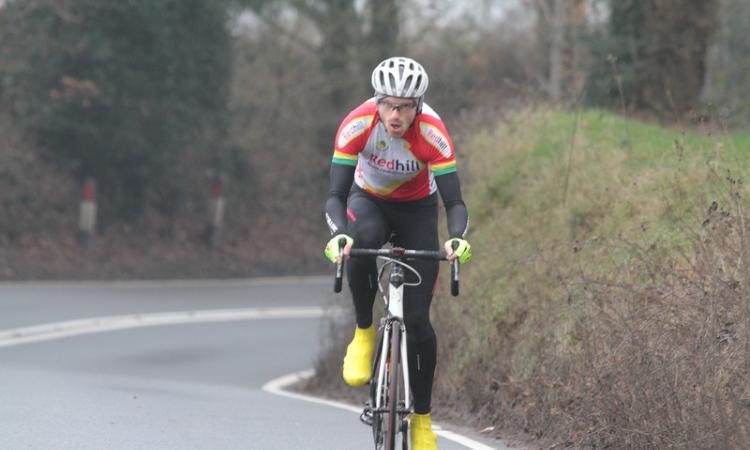 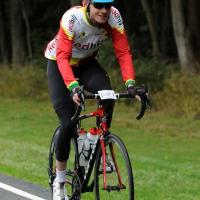 Billy recorded a 24:12, taking 27 seconds off his time from last week. Hot on his heels was Will Henton, who is rumoured to be using some dubious tactics in his quest for another handicap championship.

Matt Peel took the RCC scratch win again with a 20:22, 10 seconds off his PB set last week but a comfortable margin ahead of his nearest RCC rival Roly Kitson on 21:44.

Matt was chasing a couple of quick guests, Keith Lea of Paceline RT notably finishing within 7 seconds of Ben Instone's 5-year-old course record with a 19:10.

Guest rider Sofia riding her first time trial on a borrowed cycle showed no fear to get round with a respectable 31:52, proof you don't even need to own a road bike to have a go! (if you can borrow one)

The event suffered a slight delay due to an untimely RTA involving a van and other vehicle on the last corner. Fortunuately the drivers were ok and van able to be moved out of harms way.

Thanks to Jonny Bradbourne for time keeping, Francis and Stuart for help with signs.