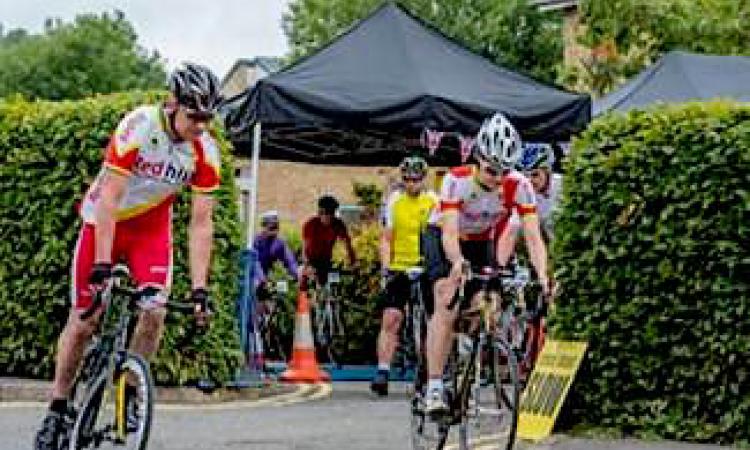 RCC Rouleur Simon Coppen joined Matt for a slimmed down turnout for a local sportive. His report follows:

"The weather forecast leading up to Sunday 12th July had looked pretty grim, and no doubt affected turnout.  I had delayed entering and only when waking up to see dry roads and a forecast of “dry with a 20% chance of rain” decided to go for it.  Indeed, the rain held off until about midday and the cooler conditions than of late made for pleasant riding conditions.

Unfortunately, a later night than planned hosting a barbeque (but limiting myself to shandies and weak Pimms!) meant I arrived at the start line after other RCC riders had set off.  After a mile or two myself and a chap called George decided to push on and we split from our group and headed South and East towards Hever.  The relatively flat first 20 miles of the course meant it was possible to average 20mph.  That would soon come down however as we hit the hillier part of the course and George split to do the longer 120k course.  100k was going to be enough for me and would hopefully get me back in time before the rain came.

I was on my own for the next part of the course, which included Ide Hill and Toys Hill, but was feeling pretty good and enjoying the descents.  On the ascent up to Chartwell I managed to catch onto the wheel of a chap called Chris and the company from there on back made the home stretch that little bit easier, despite the light rain that had started falling.  I did manage to come off the bike about 5 miles from the finish (schoolboy error – too much front braking when slowing down for some horses), but luckily the bike was ok and I managed to get to the finish in a respectable 3hr 36min (101k, 17.5mph av. with 1,250m climbing).

All in all, a lovely ride that was topped off by getting home and my two young children young children thinking I was a hero for coming back with a gold medal (and a nice helping of road rash)!